Cat Discovers Family’s Dog Is Limited By An Invisible Fence, And Now He Can’t Stop Teasing Her

Charlie, the 9-year-old cat, wasn’t thrilled at all when his parents adopted a puppy named Harley. Even though very relaxed and affectionate, the cat decided to use all means necessary to keep the newcomer’s puppy energy in check.

“They are definitely frenemies,” Melissa Ramsey Coogle, Charlie and Harley’s mom, told The Dodo. “When they are inside, they will play together. Charlie will hop up on a chair or a couch and flick his tail in her face, which drives Harley crazy. Harley will start trying to play with Charlie, who will bop her in the face with his paws over and over.” 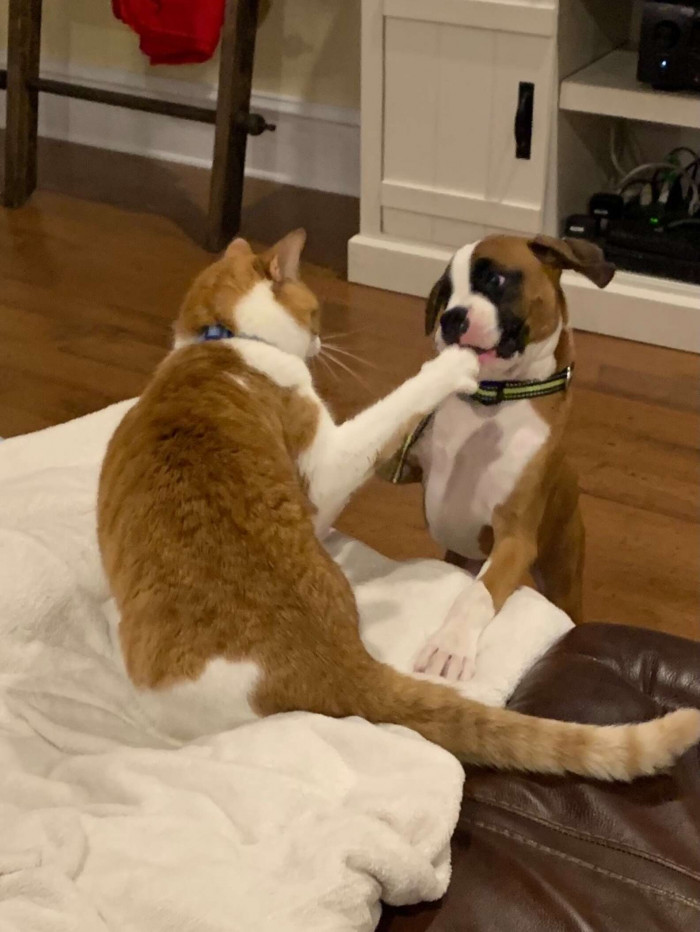 Even though Charlie is basically an inside cat, he loves to sneak outside and explore the surroundings. That's how he discovered a new way to tease his little sister.

When Charlie leaves the family house, Harley thinks she has to catch him. The yard is her turf, and she's doesn't like trespassers. 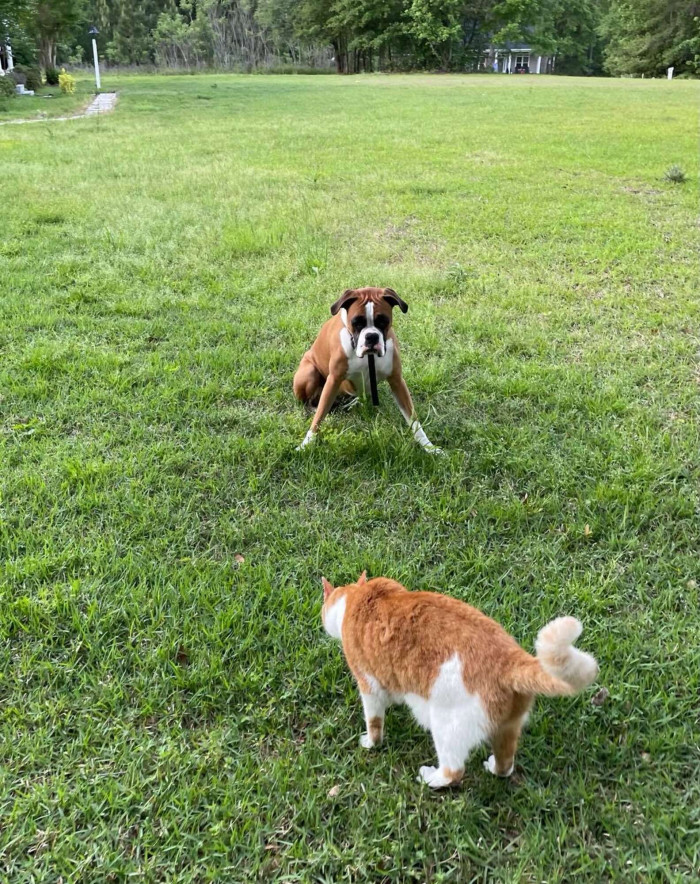 But Charlie found a way to evade the invisible fence enveloping the yard... 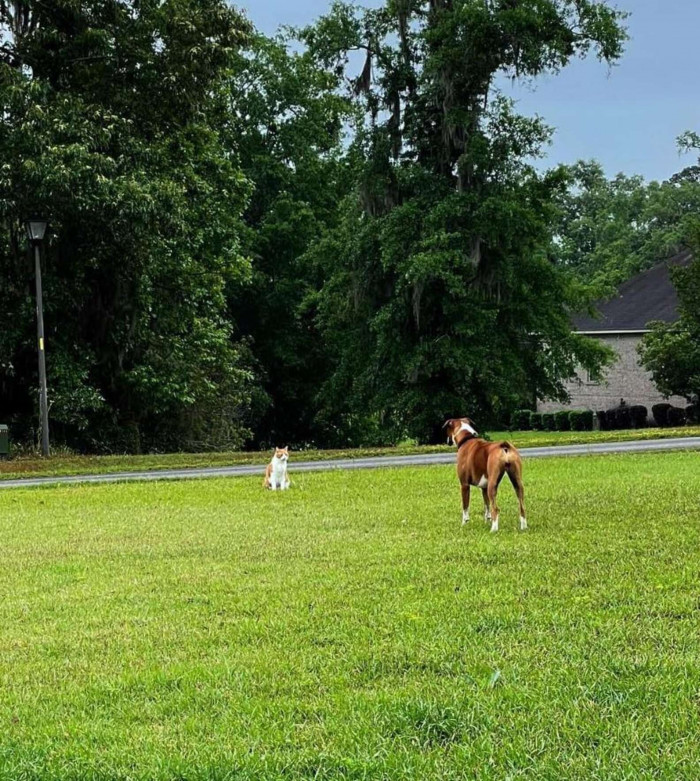 “Charlie runs as fast as he can past the invisible fence boundary and then stops just outside it,” Coogle says. “He will walk back and forth and roll around in the grass just out of reach. Then he will sit down and stare at Harley, daring her to cross it.”

“It’s like he knows exactly what he is doing,” Coogle added. 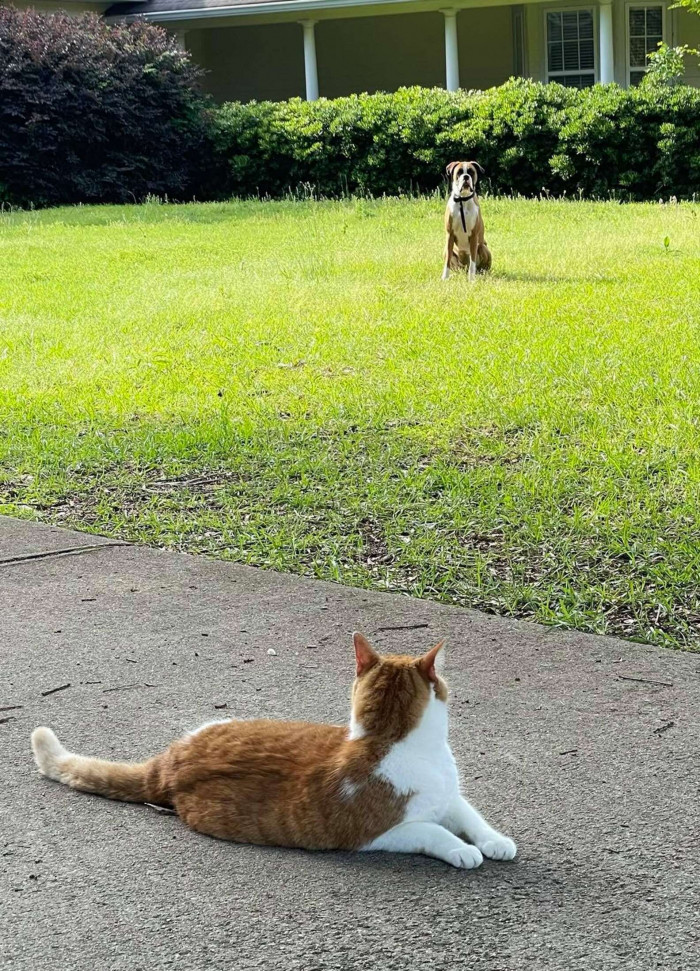 Charlie's superior attitude and teasing drive his sister crazy. "She will follow him around the boundary while he is walking," Coogle said. "She goes between staring at him and looking back at me as if to say, 'Aren't you going to do something about this?' 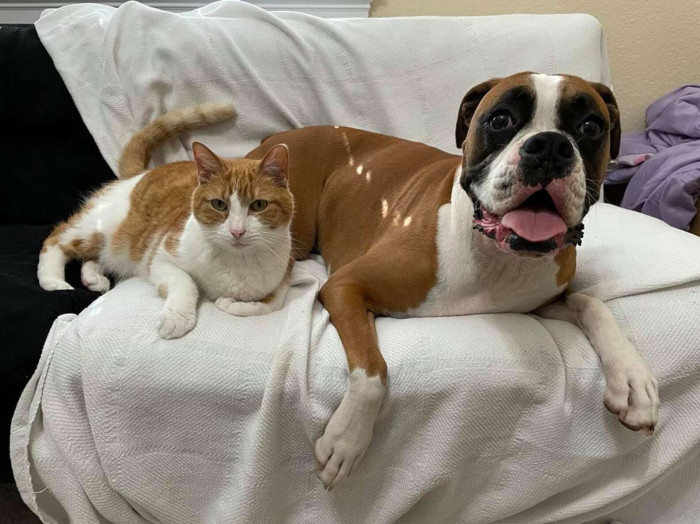 Harley understands she can’t cross over the border, so she sits and waits for her brother to come within reach. But Charlie knows better.

After a long day, full of teasing and chasing, the two will snuggle together on the sofa to rest. And gain energy for the next day….